Kymberly was born in Kansas City, Missouri, but while still a child, her family moved to Plant City, Florida where Kymberly grew up and still resides. 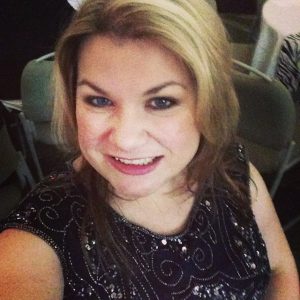 While a student at Western Michigan University Thomas M. Cooley Law School, Kymberly worked as a graduate assistant in Cooley’s Academic Resource Center where she enjoyed helping other students work toward their goals and find the tools they needed to be successful. She was also member of Phi Delta Phi’s Castor Inn, a Secretary of the Moot Court Board, an Associate Editor for the WMU-Thomas M. Cooley Law School Journal of Practical and Clinical Law, and a Teaching Assistant for Appellate Advocacy (a prerequisite for students seeking to be members of the Moot Court Board).

In the practice of Family Law, Kymberly brings to the table a compassion for people and an understanding that different clients have different needs and come from all different walks of life. Most of all, she enjoys using her talents to make a difference in the lives of others, in often difficult times, by helping them navigate through the waters of life and the changes that it brings to us all.

When not doing “law things,” Kymberly enjoys going to Disney World (she is an Annual Pass Holder) and spending time there with family and friends (and she spends a lot of time there, sometimes the cast members recognize her). Kymberly is a member of the Queen International Fan Club (there is a membership card and everything) and loves them so much that she named her Standard Poodle “Freddie” after Freddie Mercury.